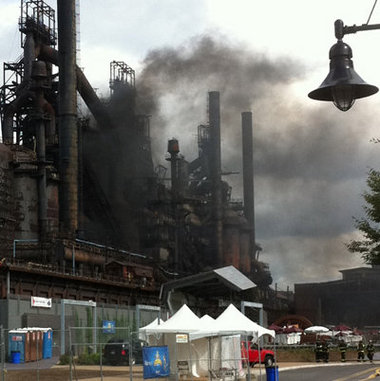 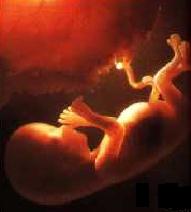 This is a person!

Since at least Trustees of Dartmouth College v. Woodward – 17 U.S. 518 (1819), the U.S. Supreme Court has recognized corporations as having the same rights as natural persons.(1)

Roe versus Wade DID NOT legalize abortion.    It found that there was no legal precedent to consider unborn humans to be “persons.” Therefore, the States had no obligation to protect unborn humans as “persons” and no justification for balancing their rights against the rights of pregnant women.  Meanwhile, corporations ARE considered legal persons, enjoying all the rights guaranteed by the Constitution and laws.

To informed Christians, this position is absurd and despicable. The way to change it is for States to amend their individual constitutions to declare that human beings are natural and legal “persons” from the moment of conception.   But this will not be an easy nor quick thing to do.

The average American is not aware of this legal point.   Before we can hope to garner the votes to pass such amendments, we need to inform the minds and hearts of the general public. The place to start is with children.

The sample poster above came to me in a vision.   It is based on the fact that corporations have been recognized , by the Supreme Court, as legal “persons.”   The poster attempts to portray the absurdity that a Godless entity, which may pollute, manipulate, or otherwise do great mischief, is given legal respect and rights which are denied to the harmless and innocent beings which are not only human children but children of God.

In my vision, young children around America, in Sunday Schools, and preschools and non-public elementary schools, would create similar posters, selecting their own images to fit the simple captions, portraying a stark contrast between the ugliness that can be seen in corporations to the beauty of unborn children, and leading to the obvious conclusion, “YES! unborn babies certainly are ‘persons.'”  And because the children would need their parents’ help in creating the posters, those parents would get the message, too.

A coordinated movement, perhaps with contests to choose the best poster, or class parties to display them, would raise enthusiasm for the project.  Selected posters could be displayed publicly.   The media could be involved, too, starting from the home-town level.  With time, repetition and patience, there would be a ground swell of recognition by Americans that unborn children ARE “persons.”   From that Truth would come the will and the votes to pass the needed State constitutional amendments.

We at Seekers’ Haven do not have the contacts and the resources to make this happen, but if your organization does, We hope that you will undertake such a poster making program among children under your care, and to network with Christian organizations of all denominations to work with you.